At the end of the last 15:60 day I was tired, hungry and thirsty, but... very content! I really wasn't sure if I'd make it after spending 5 hours on the Chevron top. It was 3 PM and I still had to do the cutting, go to the store because I didn't have enough fabric and on top of that the pattern instructions were written in Japanese... But I didn't cave, my last project had to be this dress. Keep calm and sew on. In the end I finished it at 8 PM, spending only 4 hours working on it including cutting. 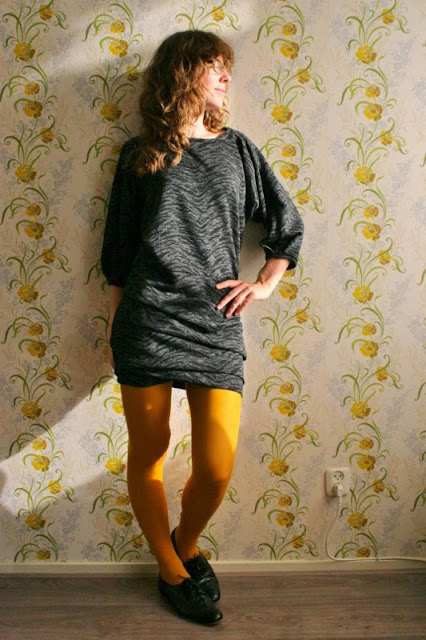 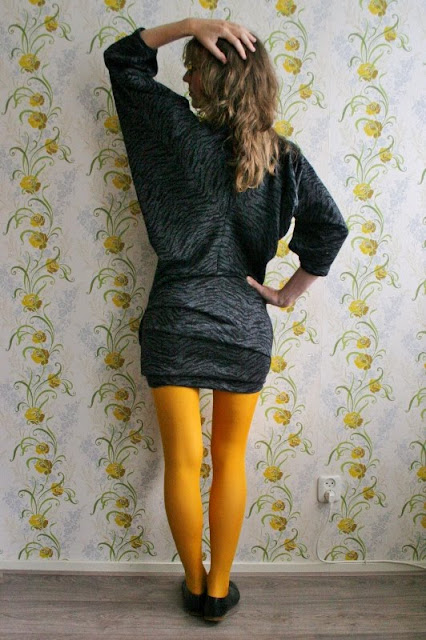 It's Dress no. 7 from Drape Drape 2. The one that was the inspiration for my folded miniskirt, after spotting it on Karin. The ever generous Tj sent me the pattern after making her fantastic version. I was so excited to finally have this pattern! I had this knit fabric, a remnant which said 200x155 cm, the exact amount needed for the pattern. Except that it was 2 meters wide instead of long. Argh! More reason to dislike that fabric store. So that meant I had to go out to get more fabric, and I had to cut the front piece in two. The sewing was pretty straightforward, and I was impressed with my serger being able to handle four layers of this medium weight knit. 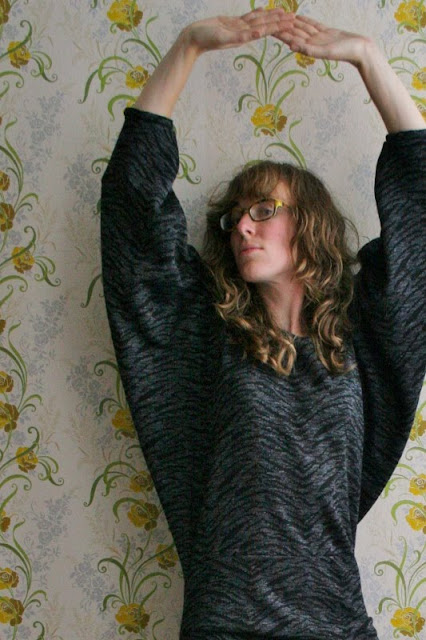 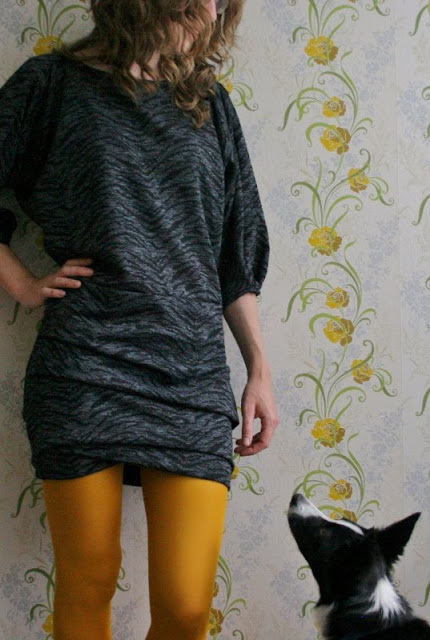 It's still a bit too warm to wear this dress but I already know it'll be one of my favourites. I love wearing mini skirts in winter. And it's totally my style, a bit quirky but not just plain weird. I have to agree with Tj, it's a bit of a waste of fabric. But look at those batwings! They might even be big enough to fly. And if that doesn't work out, at least your skirt won't get pulled up if you reach for something.

And so this challenge has come to an end! It was fun to completely focus on sewing for two months. I was finally able to get most of the ideas floating in my head out there in reality, and reduce my stash at the same time. I'm also glad it's over though, it has left my sewing mojo at a very low level after this marathon. Plus I'm afraid I have become a bit of a hermit spending all my free time sewing and blogging. I may even have lost my mind a little... 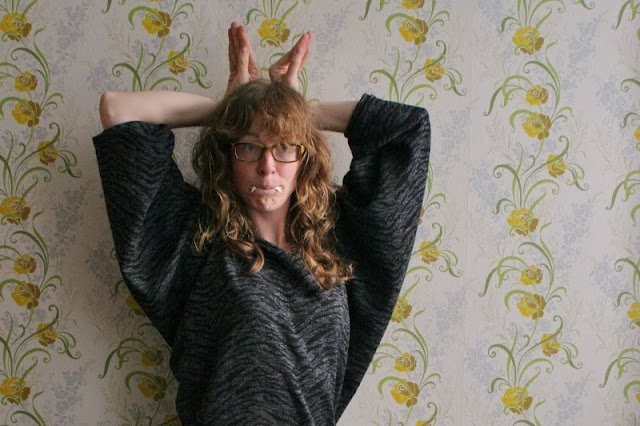