Okay, this is only my third post and I'm already going to break the rules I set out. I will write about something big this time. The reason being that I found my first 'hero'. I never had one before, but now I found one totally by coincidence.

Her name is Heather. She's the same age as I am and I never met her, but I stayed at her mom's house in Bloomingdale, NY. Why is she my hero? There are several reasons, but here's a few: 1) she built her own house when she was 17. A real wooden, solid house, not just a play house. She started saving money when she was 14, and after three years she had enough money to buy all the building materials. 2) She fixes and restores old vans all by herself. She wanted to know how to and just found people who could teach her. From the metalworks to the interior design, everything. 3) She hiked many trails for many months, on her own. She hiked the Appalachian Trail by herself, which takes about six months. She also rode her bike from one ocean to the other, all across the USA. 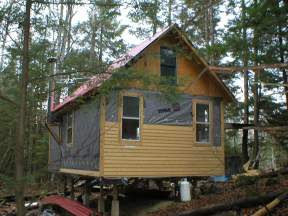 But the most amazing and inspiring thing is that she learned all of this is by not going to school. Her mother Wendy started home-scholing her after the fourth grade, because she was a fast learner and bored at school. She gave Heather the opportunity to learn about whatever she was interested in. After a few years of moving through the country in a van, they settled and built a homestead on several acres of land. They became organic farmers and provided for lots of people. So not only does Heather know how to build a house, restore a van and survive in the wilderness, she also knows how to grow your own food. And she's only 26!

Which makes me think about what skills I learned by going to school all those years. Almost nothing that matters! At least nothing that contributes to a self-sustaining life, being able to fend for yourself. So if Heather is to be an example for me, something has to change in my way of living. Not just something small, but something big. How this will turn out I do not yet know. But I'm excited to start working it out!
9 comments: