The hardest part about downsizing is deciding what to keep. What do you really need? And in this case, what do I really need for sewing? The challenge was to bring as little as possible, without compromising the sewing process. Since this is my work now, I need to be able to do it comfortably even when traveling. Another factor is that there might be longer periods of time where I won't be able to get supplies easily. With these things in mind, here's what I brought with me. 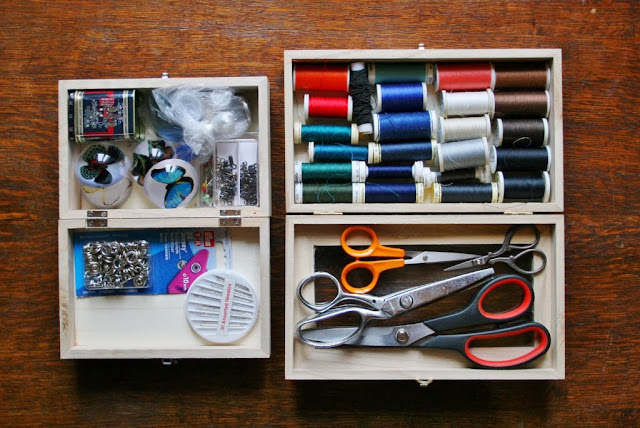 To keep things organized I store it all the 'heavy' stuff in boxes. One is for thread and scissors (fabric, thread and pinking scissors). Thread in the colours I use most, and there's also some extra spools of black thread for backup. The other one is for miscellaneous stuff such as patterns weights, hand sewing needles, hooks & eyes and extra pins. The plastic bag holds stuff for making fabric covered buttons, the little can contains stuff for inserting snap buttons. 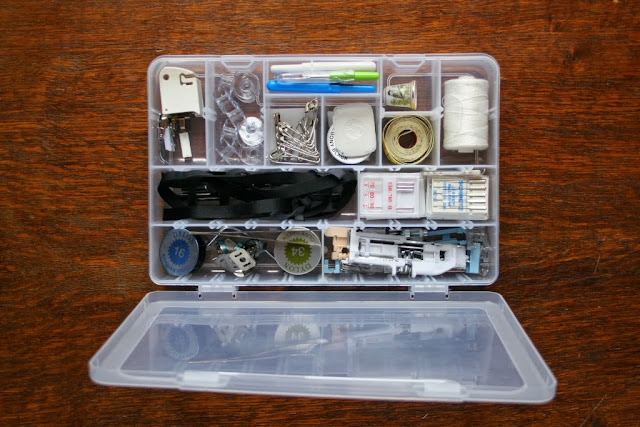 This is a standard hardware box you can get at DIY stores. In here are my not regularly used sewing feet, needles (all kinds, and lots of them), walking foot, basting thread, chalk, 4 seamrippers (I always lose them), an extra tape measure and extra bobbins. And some fabric dye (handwash), some magnet closures and other sewing machine accessories. 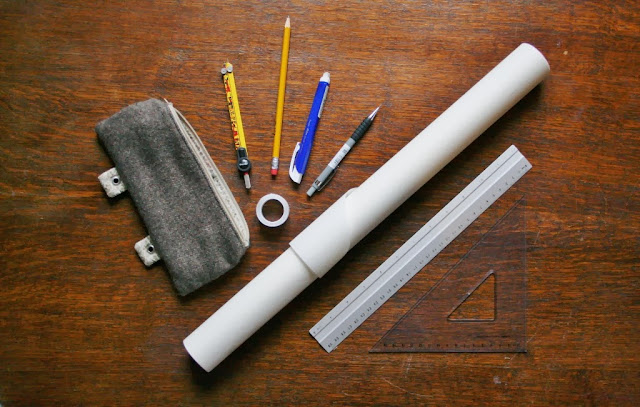 Then there's stuff for pattern drafting. A pencase with pencils, erasers, magic tape and a pair of compasses. I've found that two rulers is all you need for pattern drafting. I have the french curve ones but I never used them, I prefer to draft curves by hand. And then my favourite pattern paper, 50 metres of it. 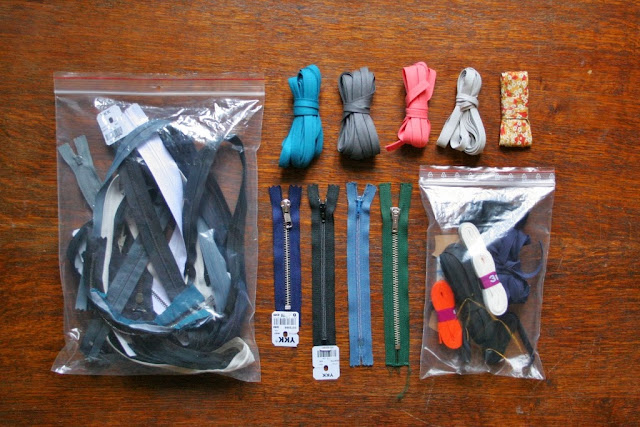 These are my most used sewing notions at the moment: zippers and bias tape. Zippers of all lengths, blind and regular, plastic and metal. Bias tape, 3m of each colour, black and white in two different widths and more yardage. 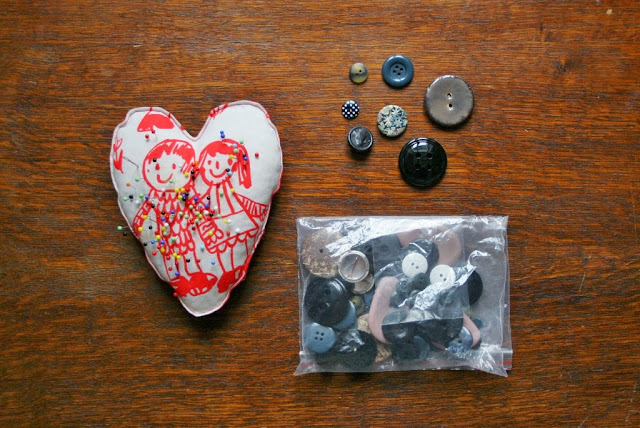 And then there's buttons and my pincushion. I have found that I don't have enough buttons since I've started to make button down shirts (Archers! Need to do some photoshoots...). It helps to plan your projects before you leave to make sure you have enough buttons.

That's it! Three little boxes and some ziplocks, I think I've done rather well :) As for other stuff: I brought my regular sewing machine, my iron and mini ironing board from IKEA. I left my serger because my machine has a pretty good overlock stitch and good stretch stitches. Oh and I also have an A2 sized cardboard fileholder for my patterns. Ok all in all it's not that minimal but it all fits into the truck. Mission accomplished!
No comments:

For anyone who lives in the Netherlands and who has been enjoying the Pattern Magic series, I have good news for you! Aicha (Lauriana) from Petit Main Sauvage is giving a workshop on Pattern Magic on November 10th and 17th, in Amsterdam.


It's a two day course in which you will learn how to draft (day 1) and sew (day 2) your own Pattern Magic garment. Costs are €160,-. Not cheap but worth the money, considering it will give you 12 hours of workshop and the know how to tackle Pattern Magic patterns. Aicha has a lot of experience with pattern drafting and the Pattern Magic principles, so you're in good hands.