I’ve started to read Sarai’s series The Wardrobe Architect and could very much relate to her first post. I am too much led by shiny fabrics instead of looking at how to complement my existing wardrobe. I make too much stand alone pieces that don’t go with much else in either fabric, colour, print or style. The result is a wardrobe without cohesion and time lost each morning when choosing what to wear. This outfit is a start to fixing my wardrobe. 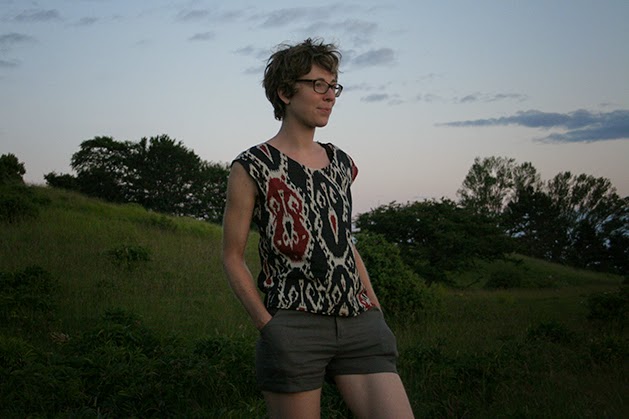 I started with the top. I have discovered the bliss of wearing lightweight wovens instead of jersey in hot weather and this top was what I needed for the hot weather we’d been having in Slovenia. I found the fabric in an amazing store in Italy. I wasn't sure the print and the red would work on me but I took the gamble. The pattern is self drafted, a simple loose fitting top with dropped shoulders. I used facings instead of bias tape at the neckline and armholes and I really like the result. I have managed to get nice flat bias necklines using Grainlines' method, but a facing is still much easier. A tiny rolled hem done by machine to top it off and it made for a quick and nicely finished garment. The only problem with this top was that I had only jeans to wear them with. I decided to fill that wardrobe gap with something that could also go with other things my wardrobe. 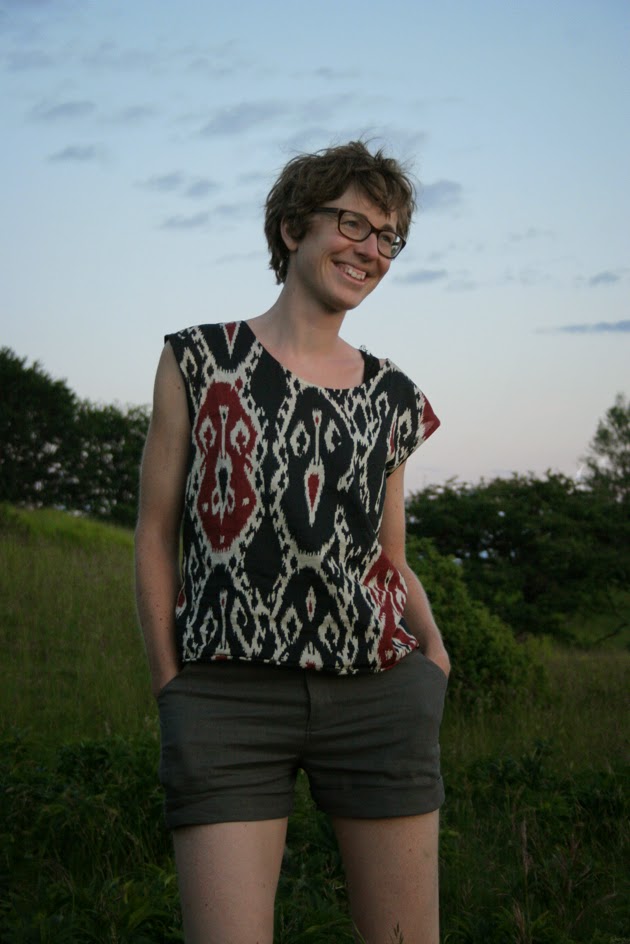 Grey is the perfect basic colour for this and I already had the perfect summer fabric. Originally the grey linen was destined to be the same kind of top, but when I put these fabrics together I really wanted to be able to wear them together. I thought of a half circle skirt but reckoned I’d get much more wear out of shorts. Practicality is a factor now more than ever and I also haven’t made much pants and I want to get better at that. The pattern is self drafted but even though they are based on my measurements I had some big fit issues. They looked ridiculous and much too big when I first put them on. I was afraid I wouldn't be able to fix it as I had heard scary stories about how hard it is to fit pants. 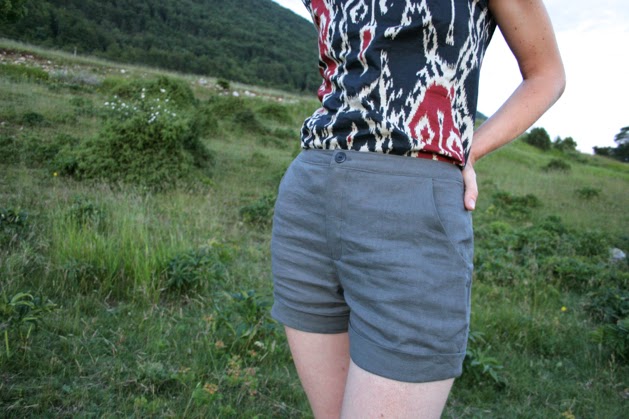 In the end I didn't manage to make them perfect, but at least they are wearable. I’ll keep it short: I let out the crotch (which in the case of crotch seams means it moved up), took in side seams, fixed the gaping back and took in the back leg inseams. To see where exactly the issues were and how to solve that with which seams was a nice puzzle to solve. I copied the position and measurements of the yoke and back pockets from my jeans and I think the back looks rather nice. There’s a little bump still in the center back seam though, not sure where that comes from. The fly is wrong though: it should be right over left but I copied them from my jeans which are left over right. Ah well, I doubt I'll get comments on that! I attached cuffs and did some flat fell seams and topstitching, to give it more of a jeans look and make it more durable. I even did bar tacks on the pockets and fly. All this, and the fact that it’s made out of a lot of pieces and a zip fly made it almost a two day project. But I know how to adjust the pattern now so next time it’ll be perfect! 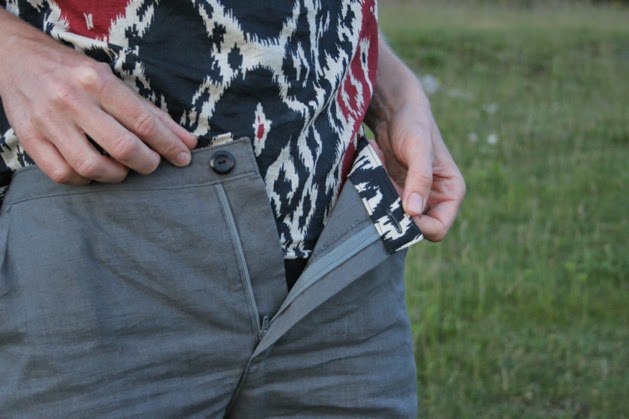 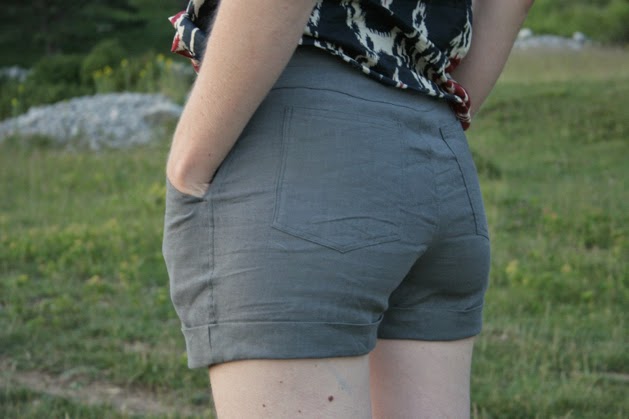 The zip fly gave me no problems. I only know one method (also used by Thread Theory for the Jedediah pants) and I find it quite easy. I’ll use a 12 cm zip next time, I made it 14 cm now because it looked better with the slightly low crotch. I lined the pockets and the waistband with remnants of the top fabric because it makes me happy when I look at it. I loved making these garments even more because I knew I’d wear them lots. I’ve discovered the joy of wearing lightweight natural fabrics and want more of that in my wardrobe. 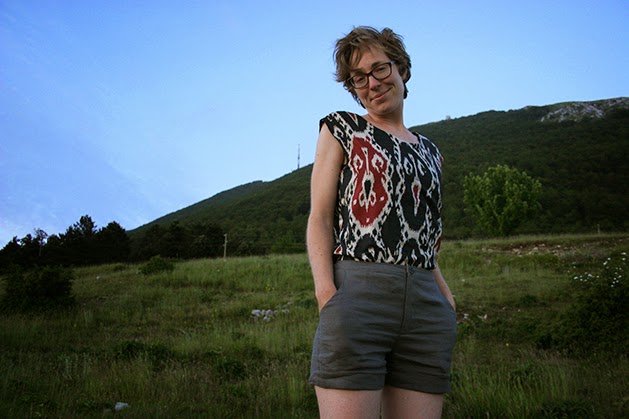 These photos were taken on one of Croatia’s mountain slopes. We were camping in the wild and went for a walk at sunset. It was pretty cold and windy and I’d been wearing the shorts and top the days before so I could only give them to you as they were: wrinkled and combined with white legs and disheveled hair :) Right after the shoot I put my fleece sweater and pyjama pants back on and peed behind a bush. That’s how glamorous my life is right now, haha. But I’m curious: how good are you at creating a coherent wardrobe? Have you discovered the joy of lightweight natural wovens?
5 comments: