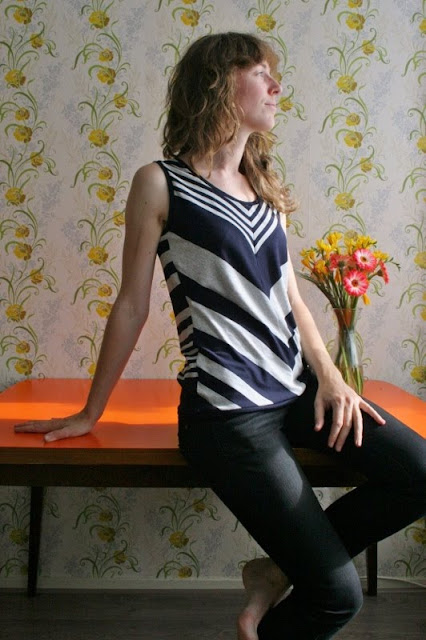 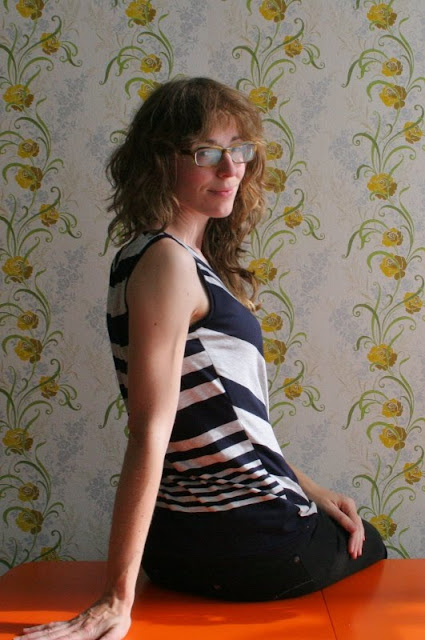 I made this top on the last day of the challenge. I thought I'd do this one first, being the smaller project. However, it turned out to be the most time consuming! It took me 5 hours, without the cutting. My serger pulled some tricks on me so I had to do the neckline twice. I almost got really frustrated, but I quickly realized that I had to remain calm if I wanted to finish two pieces in one day. You just can't really pay attention if you're in a hurry, and that's when things are bound to go wrong. 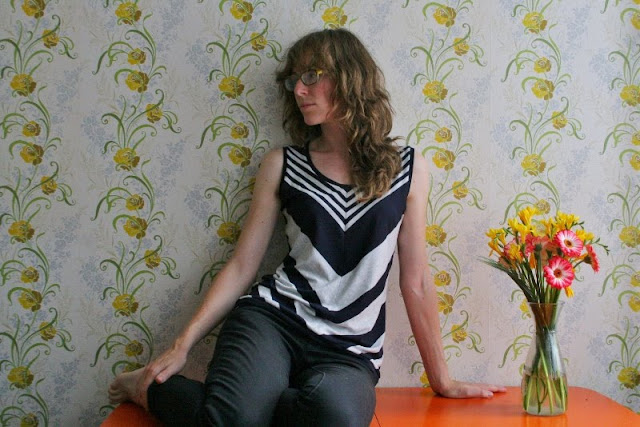 As you can see, to create the V I cut the front of the shirt on the bias and connected them at the centre front. After reading some posts from others about sewing knits, I decided not to serge the whole thing, only the neck and armhole bindings. Knit seams don't need the finish, and the seam is less wobbly when you sew it with a straight stitch. It's a loose shirt, so I don't need the seams to stretch anyway. I like it this way, you need to think about the function of each seam and decide which approach is best. 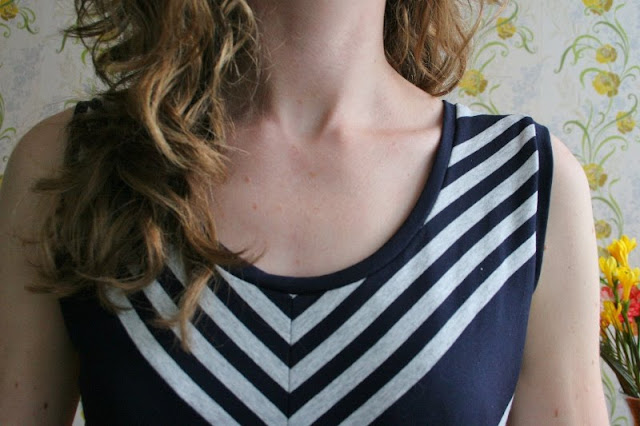 I'm really pleased with how it turned out, it's super comfortable and simple but not boring. My goal for every garment I make, I guess :) The bias bindings worked out well, I used the Renfrew method. In fact, the whole pattern is again derived from the Renfrew. Matching patterns is not my favourite thing though. Allright, I really don't like it. Matching fabric is a pain if you ask me. It needs at least three attempts if you don't have a walking foot. But the result is very pretty, and that's what we're going for, right?