I wish I had clothing of some sort to show you, but unfortunately I don't. Sewing time has been none existent and progress on my coat is slow. I'm thinking of taking a week off just to sew. How nice would that be? On the other hand I've been meaning to visit a friend at Cyprus, the beautiful island in the Mediterranean Sea. Also a very good idea... Anyway, what I wanted to show you today is a block fusing method I used on my coat. Someone has probably invented this already, but I haven't come across it.

As far as I know, there are two common methods for fusing patterns pieces. One is where you cut a piece of interfacing that's the same as your pattern piece. You then lay them on top of eachother and press them together. The other method is block fusing, where you first fuse a big piece of fabric together and then cut your pattern pieces. Personally, I think both have their downsides. With the first method, you have to pin and cut twice. On top of that, it's not always easy to make them match exactly. Block fusing is easier, but you have to fuse a lot more fabric, and I have a tiny iron so the less I have to iron, the better. Plus it can also be a bit of a waste of fashion fabric. So, when I had to fuse quite some pieces for my coat, I thought of an in-between method that works really well. The gif below shows the four layers you need to create.

After fusing, it'll be really easy to cut out the pieces. Poke your scissors through the interfacing, between the pattern paper and the fabric and keep them flat. This is important, as it prevents you from cutting into your fused fabric. Now cut around the edge. If you've fused the edges well, and your scissors are sharp enough, you can even slide them through without cutting. (This pic also shows the beautiful sheen this wool has. Can't wait for this coat to be finished!) 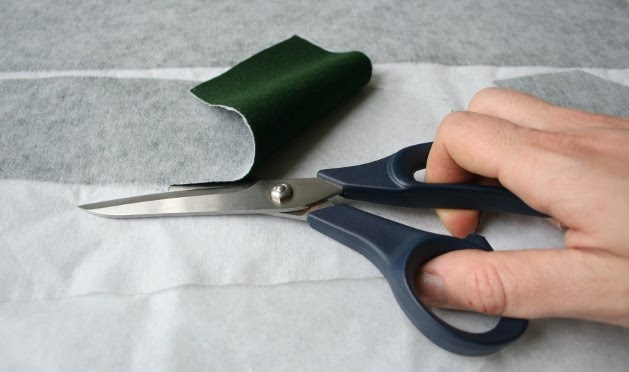 The only thing you waste here is a little bit of fusible and the piece of pattern paper. This is the cheap flimsy kind, so I'd rather waste this than pieces of my fabric. 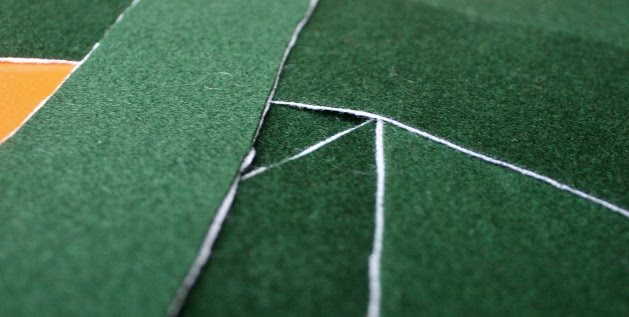 So there you have it, neatly cut, fused pattern pieces! What do you think, was this helpful? Have you seen this before? What is your favourite fusing method?