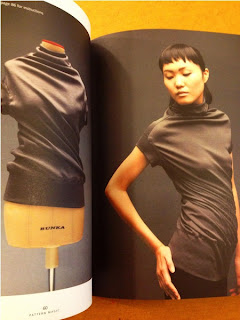 I don't think there are many garments I instantly label as a NO. In fact, this could be the first one. I participated in Marianna's Pattern Magic Challenge, to get myself to make time for some pattern drafting. I won Pattern Magic vol.3 through theperfectnose's giveaway. I selected a piece I thought was interesting, but normal enough to actually wear in case it turned out well. I like the apple peel pants but thought the'd be too easy, so I chose the Stopper. Normally, the book says, things that twist needs something to hold them, or they will twist back into shape. This is called adding a stopper. Now I am still not quite sure what it is exactly that stops this top from twisting: explanation is minimal to non existent with this book.

So, seen the pretty woman on the right gracefully modelling the Stopper? Now lo and behold, for here is my version. 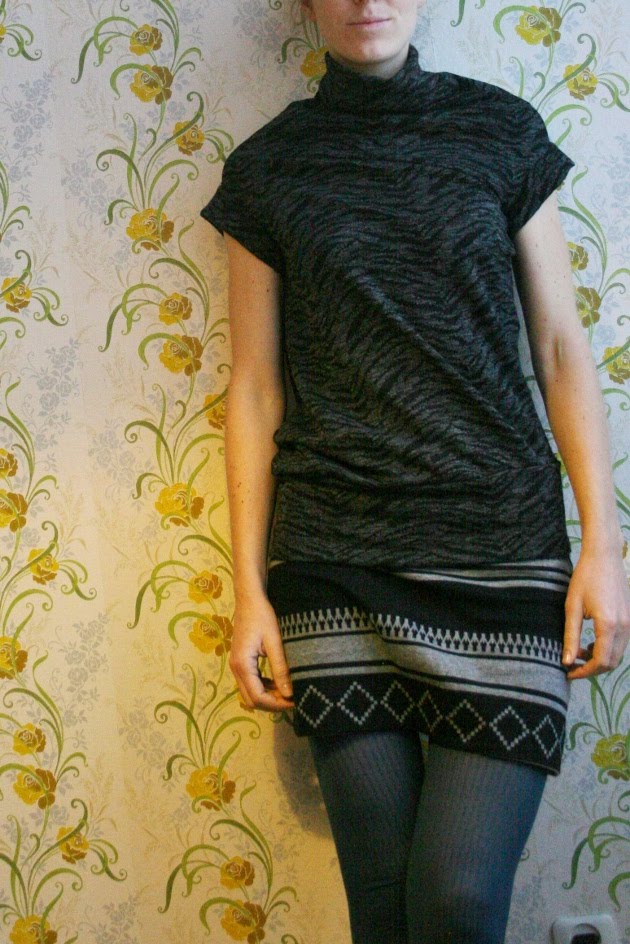 Ai. Not quite the same, is it? This just looks like a top sewn by someone who's just seen a sewing machine for the first time. There's several things wrong with it, and most of them are ofcourse my own fault.
Not all can be blamed on me, though. 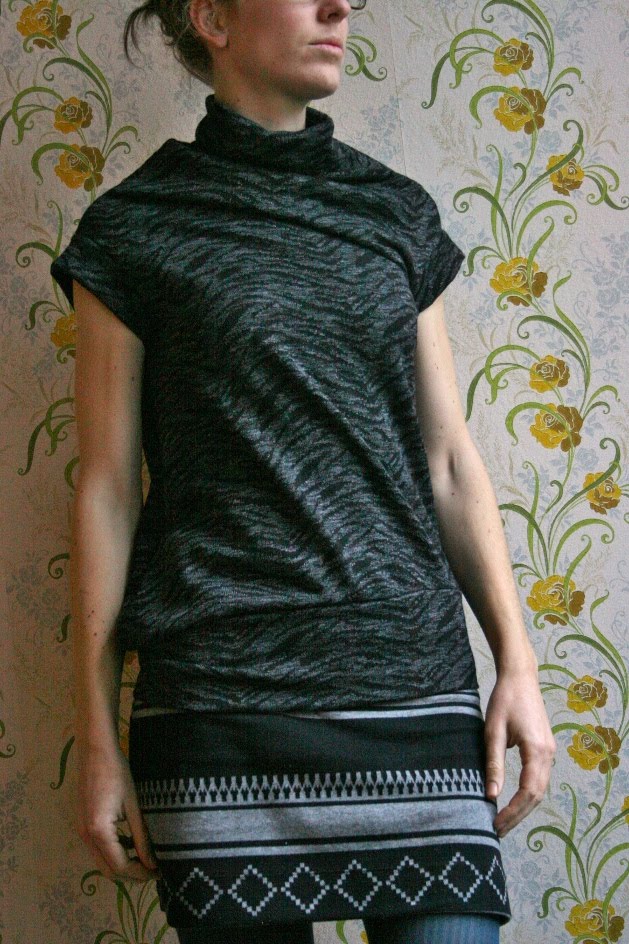 Allright, this one looks slightly better, but that's just the angle. There also seems to be a lot of excess fabric at my waist on the right side. Although the outcome is not really wearable (main reason being that it's uncomfortable), I really enjoyed drawing the pattern. I've put in Roman numbers for those of you who want to give it a try. The book just says 'draw up from the waist'. I do feel like my pattern drawing lessons have helped me here, I would've been clueless otherwise. I started with the first half, then cut it out and traced it on another piece to add the other half. Mainly because my pattern paper wasn't wide enough, but it also gives you an advantage. When you have to move the armhole, just use the cut out as a mall instead of drafting it again. 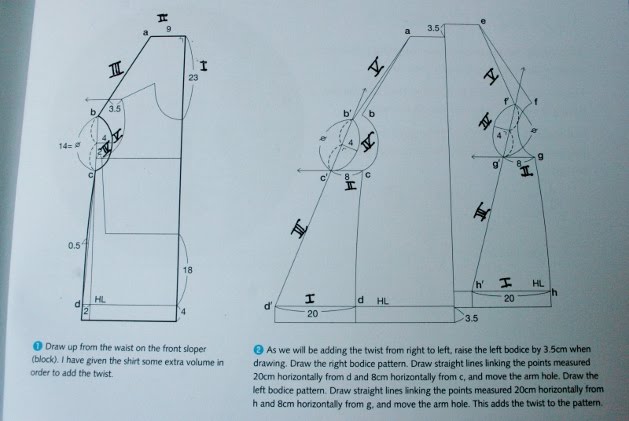 This failed experiment has not discouraged me. On the contrary, the other PM books are on my wishlist for Christmas. These patterns are a challenge for my newly found love for pattern drawing so I'd be happy to try a few other even if I don't sew them up in the end. Thank you Marianna for hosting this challenge! I hope the others have fared better :) View them all here.